How Transit Operators are Getting On Board with Microtransit 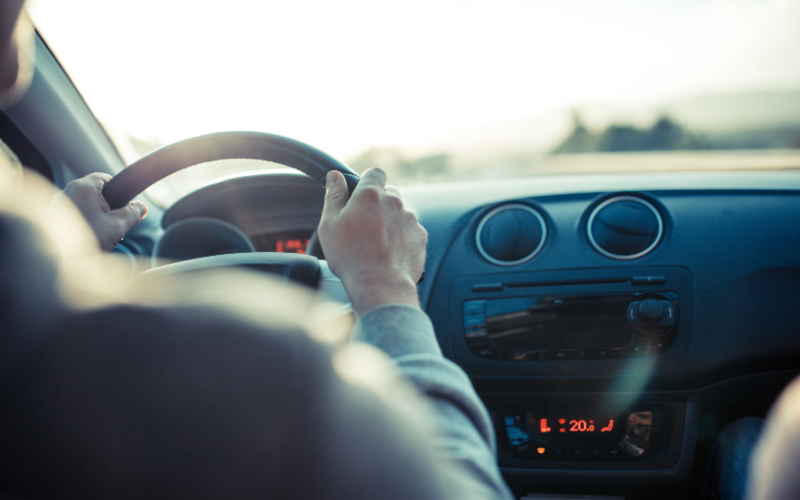 Transit operators are facing unprecedented growth in their cities, expanded services areas, and their budgets are being stretched. While traditional, fixed-route transit works well along arterial roads with high passenger density, for medium- or low-density areas, it is becoming more and more cost prohibitive.

Transit riders that live or work outside high-frequency arterial corridors are dealing with long walks to bus stops, long waits for the scheduled bus, and the prospect of transferring to another route.

Another issue for some riders is finding transit in the middle of the night to get across the city to their shift at work, on time, or driving to a transit station only to have to turn around because the parking lot is full.

The common solution to these transit problems that more and more municipalities and employers are embracing is microtransit. It is proven, costs less, and is a better experience than traditional fixed-route transit.

How microtransit is applied is depends on the problem that needs to be solved and the service model varies.

Here are three different scenarios where traditional transit is clearly not the answer. In every case, the transit issue is solved by using dynamically routed, on-demand microtransit.

The proprietary RideCo platform is built on five different levers, all of which are configured differently depending on the use case.

Here are three case studies that show the RideCo microtransit platform in action and how operators use the five levers.

The city of San Antonio, Texas is more than the home of the famous battle of the Alamo. It’s one of the fastest growing cities in the US by population. This growth has contributed to some challenges for metropolitan transit in San Antonio and its service area of 1,226 square miles.

San Antonio is looking for a partner to “optimize transit network efficiency, define a role for mobility on demand rideshare services and prepare for future transportation”. They have selected multiple “innovation zones” within the city to conduct a pilot. The requirement is an on-demand solution for riders that use vans or shuttles, replacing existing buses. The solution needs to be scalable and provide dynamic operations technology.

They identified specific zones in the city where low-density suburban routes or routes serving outlying cities had poor ridership — primary due to long travel times or limited access to transit. Another issue driving the poor uptake was lack of options to complete the first and last mile from destinations. Turning a problem into an opportunity, San Antonio designed them as “innovation zones” which were open to “innovative mobility options”.

In this specific zone, there are 83,569 residents and 25,228 jobs. The three buses on fixed bus routes run at a frequency of every hour and some areas have no service whatsoever. There is the potential for long distances to walk to get to a bus stop, followed by the need to transfer to another bus route. While there are around 1,000 rides per day, the average operating cost to the city is approximately $7.50 per passenger ride.

The analysis conducted by the data scientists at RideCo has led to a recommendation to create approximately 400 virtual stops. Not only does the service area covered by transit increase dramatically, but there is also no longer a need to transfer from one bus route to another.

The vehicle type would change from municipal buses on the fixed routes to a small fleet of five-seater vans, sourced from a local transportation company. The number of vans used would be dynamically adjusted to meet rider demand.

Riders use the intuitive RideCo app to book rides well in advance or on demand. It can also be white labeled and customized to meet the needs of the operator. It is available for Apple and Android devices.

In this case, the RideCo platform also had a very positive effect. The frequency triples, the walking distance is cut in half, and three fixed-route buses can be retired in a favor of five to eight vans operated by a local transportation company. Riders can get directly to their destination instead of experiencing a potential travel delay due to transferring to a different route. The anticipated savings to San Antonio is over $250,000 annually from this one zone, alone.

RideCo is currently an active participant in the San Antonio RFP process.

Getting Employees to Work On Time Using Microtransit — Changi Airport

A large employer at the Changi International Airport Singapore needed to ensure its 400 staff arrived at work on time — at all hours of the day and night. Employees were spread out across Singapore and traditional transit was not an option due to the timing of many different work shifts. Initially manually routed vans and taxis were used by the employer. However, they were ineffective because the frequency of trips was different every day based on varying shifts and employees’ schedules. Fixed routes did not work due to the flexibility required by the employees. The employer’s goals were to increase employee satisfaction through an improved commuting experience and reduce costs through automation, improved pooling and vehicle routing.

The client engaged with RideCo and its regional partner Grab — the third largest ride-hailing and transportation network company in the world, ranking larger than Lyft. Grab also recently displaced Uber as the premier ride-sharing service in the region. The client launched and now operate a fully automated, dynamically routed, on-demand van service.

The distance issue created by employees living across Singapore was solved by using pickup points and drop off points at the employees’ doorsteps and the four terminals at the airport.

An average passenger trip takes 26 minutes, with a travel delay that is only 10 minutes longer than a direct solo ride. The vehicle types used are four-seat sedans or six-seat vans and a typical rider shares her or his ride with three or four co-workers. The solution services 200 to 300 employees every day with a 95 percent on-time record with respect to the arrive before time specified with each ride booking. Over 80 percent of employees rate their commute 4+ out of 5 due to RideCo’s improved route quality.

Metrolinx, a public transit agency in the Greater Toronto Area (GTA) partnered with RideCo to plan, launch and operate an on-demand microtransit pilot, GO Connect. The one-year pilot launched in March 2015 with Metrolinx and Milton Transit. The town of Milton was one of the fast-growing communities in Canada and its transit station is a primary hub for Toronto-bound commuters. Milton could not add more municipal buses due to the dispersed locations of riders.

The objective was to improve access to the local GO Transit station and reduce reliance on an overcapacity parking lot. The town of Milton was selected for the pilot because of the congestion and parking issues at its GO station.

Riders were given a specific pickup and drop off time upon booking a ride. Vehicles were dynamically routed based on passenger locations. Riders shared their rides with others going in the same direction. The system constrained the sharing and journey times to ensure all riders arrived at their destination by the promised drop off time.

The frequency of rides during hours of service was 10 minutes and pricing was set differently for virtual stops versus door stops. The optimal number of virtual stops that RideCo developed was 240, ensuring the distance that riders needed to walk to the stop would be three minutes or less away from home. The vehicle type selected were five-seater vans.

The response to the microtransit pilot was overwhelmingly positive for Metrolinx, Milton Transit, and commuters.

In addition, rider satisfaction with the RideCo service was almost 90 percent. Metrolinx reported that 45 percent of riders that used the service switched from driving to the station.

Cost recovery was 39 percent for the RideCo service which was vastly superior to the municipal bus at 24 percent.

RideCo is a microtransit technology company that has launched and operated twenty-two dynamically routed on-demand shared ride services, spanning both public and private sectors. Our clients include some of the world’s largest fleet operators such as Grab and Los Angeles Metro.

What is common about all three case studies is the very apparent need to offer better solutions to transit riders. In all three situations, traditional fixed-route transit was inconvenient for riders, expensive for operators to manage, and highly inefficient in using transits assets.

However, the application of microtransit using the five levers in the RideCo platform was different in each case. In San Antonio, poorly performing bus routes would be replaced by approximately 400 virtual stops with dynamically generated routes and a small fleet of vans. In Singapore, manually scheduled taxis and shuttles were replaced by on-demand ridesharing with doorstep pickup. In Milton, getting to and from the congested train station was solved with on-demand virtual stops and doorstep pickup.

In order to tackle complex transit issues, operators need to use a microtransit platform that is customizable while providing a consistent app driven automated experience. RideCo is the proven microtransit solutions provider with the team, the experience, and the innovative technology to solve operators transit problems better, faster, and cheaper.

Contact Us now to learn more about microtransit or schedule a demo.