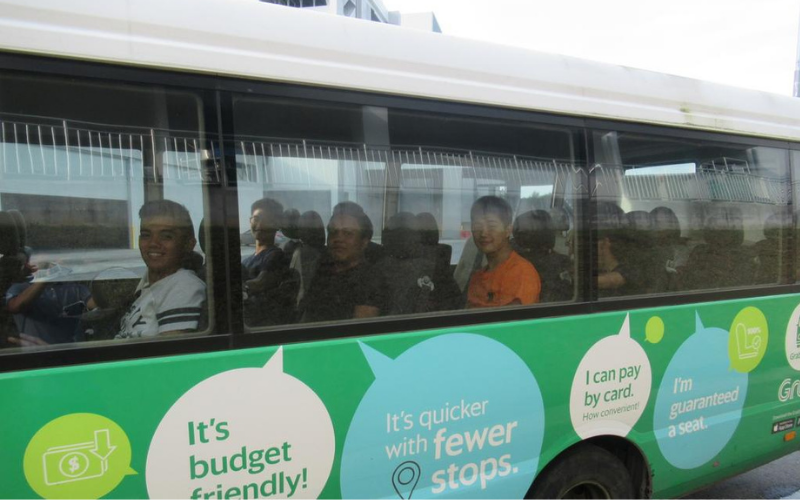 Many organizations — particularly those located in suburban areas or outside of the city center and underserved by public transit — have issues getting their employees to and from work. Their employees are forced to make multiple transfers between buses, subways, and by foot, adding stress and time to their commute. This case study highlights how RideCo and its fleet partner worked with an organization to create a new, affordable, long-distance shuttle solution for their employees, improving employee retention, satisfaction, and productivity.

Here’s How it Works

The success of the on-demand shuttle service launch was heavily covered in local media, including in The Straits Times, a national publication. See here for a testimonial, written by a Singapore Armed Force staff member, about the launch.

Click below to watch a video of the service model, using anonymized locations.

The Singapore Armed Forces has bases located in low-density or peripheral areas of Singapore, far away from high-density residential areas where many of their employees lived. This created challenges, as:

The Singapore Armed Forces approached Grab, RideCo’s client partner, about using our dynamic shuttle platform to operate a long-distance commuter service for their employees. The service would pick up employees near their homes (in Punggol, Sengkang, and other locations) and drop them off at the camp.

RideCo, together with its partner Grab, worked within these constraints and delivered a transit solution for Singapore Armed Forces.

The shuttle service runs daily, operating in the AM rush and PM rush periods. In the AM rush period, the shuttles operate from the employees’ homes to the army base, and vice-versa in the PM rush. There are 500+ virtual stops, located near the employees’ homes, where they can be picked up. Virtual stops are placed, on average, 400 meters/yards away from one another, to ensure that employees do not have to walk more than 5 mins to their pickup location.

Per the organization’s request:

This shuttle service launch was heavily covered in local media, including in The Straits Times (Singapore’s national newspaper). See here for a testimonial, written by a Singapore Armed Force staff member, about the launch.