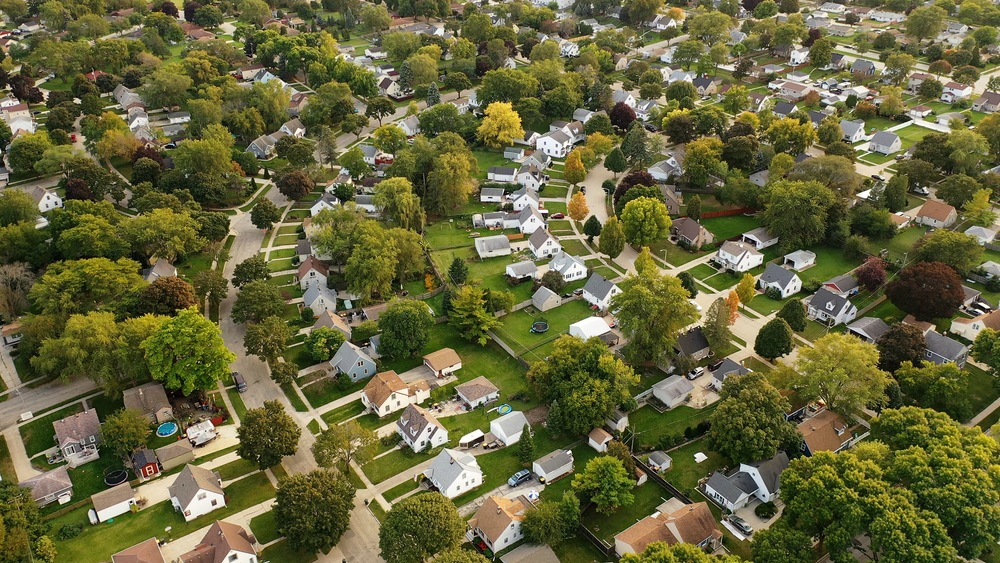 Increasingly, homeowners are moving to suburban areas to engage with a new lifestyle as a growing number of employers are allowing their employees to work from home indefinitely, reducing the need to live close to their offices in city centers. The number of net new households that moved to the suburbs grew 43% between 2019 and 2020, with large cities losing approximately 15% of their population to suburban communities.

This shift in moving to suburban or developing areas has contributed to the rise in low-density neighborhoods in both cities and towns. Oftentimes, these neighborhoods do not have convenient access to public transit services to travel around town and instead must rely on personal vehicles which, while necessary, have an adverse effect on the community and the environment.

The High Cost of Fixed Routes in Low-Density Areas

This use case is prominent in large areas with small populations and dispersed trip patterns. Residents living in these suburban areas typically do not have access to fixed-route public transportation because the areas are not populated enough for fixed routes to make sense financially. Running a bus route involves many operating costs, such as fuel, labor, and maintenance. If ridership is low, the bus must drive the same route every day, with or without passengers on board. Higher ridership lowers the cost per passenger and balances out the operating costs of a fixed route.

For low-density neighborhoods in need of increased mobility options, on-demand transit is a more cost-effective solution that uses a smaller fleet of vehicles that only dispatch to flex stops when trips are requested. With Solver, RideCo’s advanced algorithm, the vehicles are dynamically routed every 20 seconds to ensure optimal ridesharing, increasing passengers per vehicle hour and reducing cost per passenger. For example, 78% of rides are shared with our COLT service in Cochrane, Alberta, providing residents with mobility options they previously did not have.

One personal vehicle emits approximately 4.6 metric tons of carbon dioxide per year, and the average American household owns 1.88 vehicles. Those living in suburban areas are 66% more likely to use a personal vehicle for transit trips than urban residents, with 80% of suburban residents making at least one trip by car during the day.

On-demand transit helps communities reduce their greenhouse gas emissions, while providing residents in low-density neighborhoods an alternative mobility option that is still convenient and flexible. Opting to take public transit for an 18-mile trip could eliminate 10% of a household’s total greenhouse gas emissions. Getting rid of one personal car in favor of public transit could decrease emissions by 30%. By reducing the number of vehicles on the road with on-demand transit, overall air quality is improved, traffic congestion is reduced, and residents are able to better enjoy their newfound neighborhoods and communities.

Measuring the Impact of a Low-Density Area Mobility Service

The low-density area mobility use case is currently implemented in many communities, including San Antonio, Texas, and Cobourg, Ontario.

When three fixed routes in San Antonio were underperforming in an area with low population density, VIA Metro partnered with RideCo to replace the buses with on-demand transit, implementing 12 vans within a 19 square mile zone. Surpassing the project’s initial goals, VIA Link achieved:

· 20% reduction in cost per passenger

As an increasing number of homeowners move to the suburbs, agencies need to find a solution that provides better transit access to residents in low-density neighborhoods without the low productivity and high cost of traditional fixed routes. With dynamic on-demand transit, agencies can improve their coverage with a cost-effective solution that also reduces the community’s greenhouse gas emissions.

Get in touch to learn more about implementing RideCo’s industry-leading transit technology in your low-density neighborhoods.