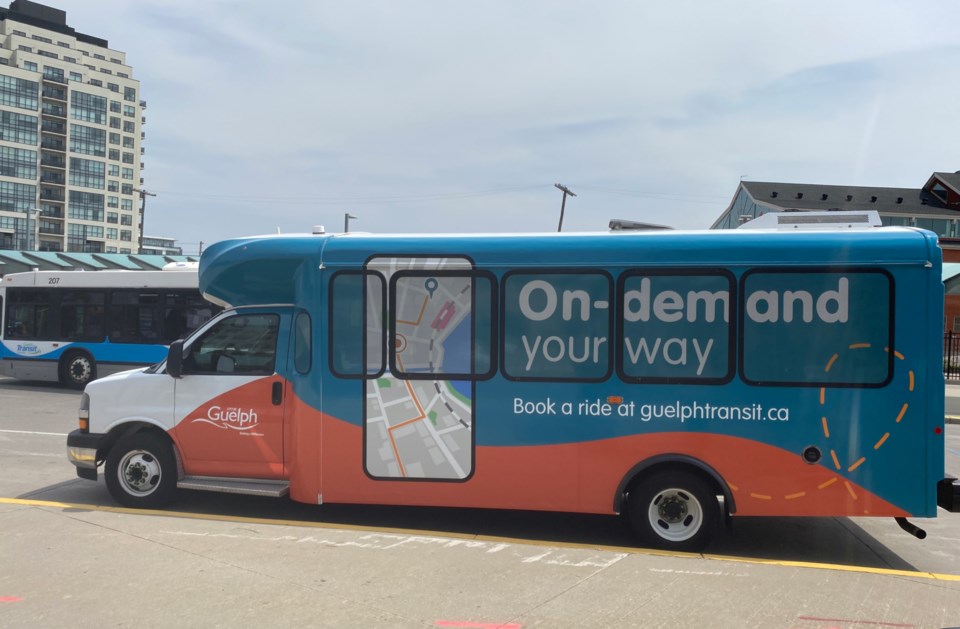 This article was originally posted on Guelph Today on October 2, 2021.
‍

Five months into the city’s experiment with microtransit, the option is proving popular with riders and is pegged to save taxpayers $162,000 by the end of the year, while reducing the city’s environmental footprint.
‍

Those are the findings of a project update report released on Friday, citing figures from a month ago.
‍

“Customer feedback has been positive with an average ride rating of 4.5 stars out of five,” states the staff-prepared report. “Most of the feedback heard is to extend the hours of service and the overall service coverage area.”
‍

The on-demand services, which launched May 2 as a replacement for two community bus routes, were set in motion in an effort to reduce operating costs and fuel consumption, compared to traditional bussing along low-volume routes and new service areas.
‍

They run in the same areas of the city that community buses did, but allow people to book the nearest pick-up and drop-off spots, with no fixed route or schedule.
‍

The community on-demand program covers a 30-square-kilometre area of the city, offering rides between 8:30 a.m. and 4:30 p.m. Monday to Saturday. During its first four months, the service provided about 1,200 rides, the staff report notes.
‍

Along the way on-demand vehicles travelled about 25 per cent of the kilometres typically driven by the previous community bus, resulting in fuel and maintenance savings of $18,673 and is expected to divert about 24,000 kg of greenhouse gas emissions (GHG) from the air by the end of the year.
‍

The second new service covers an eight-square-kilometre area of the city including both industrial business parks and some south-end residential areas. It runs from 5:45 a.m. to 12:15 a.m. Monday to Saturday and 9:15 a.m. to 6:45 p.m. on Sunday.
‍

That service was called upon more than 13,000 times since May 2, with an estimated reduction of 69,771 km in distance travelled, along with $62,664 in fuel and maintenance savings. In addition, 208,000 kg of GHGs are expected to be prevented from being released into the air by the end of the year.
‍

City council is expected to see a transit route review report with recommendations later this year, which will include a set of proposed service standards for implementing on-demand options as well as provide guidelines for converting microtransit to conventional routes.